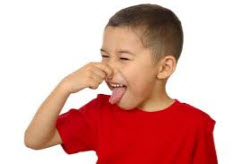 Mold is a microscopic substance that is found in the environment. Within its acceptable levels, mold is harmless. However, when mold levels exceed the acceptable levels, it may become hazardous to the people living or working in the premises. As a homeowner, it is possible not to know the exact smell of mold. Nevertheless, if you know the exact smell of mold, it will be easy to identify mold infestation at an early stage.

Smell, is one of the many ways a person can know that they have been attacked by mold. In most instances, when one enters into some type of rooms, like the basement or the artic, they discover a pungent smell. The smell is in most cases persistent and musty. This smell is musty and sometimes a person can feel a choking sensation because the odor can be really thick if the mold is old.

It is not definite that a person will describe mold smell as musty and uncomfortable. Different people have different descriptions for the question, what does mold smell like. While most people have described it as musty, there are people who say that the mold smell is an earthy smell. Other people just say that they experience a dump or wet smell.
Other terms that have been used to describe the mysterious and variable mold smell are:
• A stale smell
• Dirty smell
• Stuffy smell
• A dank or rotten smell
• An old or an aged smell
• Rotten
• And even mildew smell

All these terms are correct according to different people. This variance is description can also be described by the fact each mold situation is different from another depending on the source of the mold. It is no surprise that sometimes mold can attack a place and the occupants will not complain about any strange persistent smell. This is not a rare occurrence and should also be taken into account.

Why would mold have a smell?

As earlier stated, mold is a microscopic substance which is always found within the environment. Normally, the microorganism produces gases which are known as Microbial Volatile organic Compounds, MVOC. Some of the MVOC gases produce this musty odor, but most of them are odorless. The odor in most cases is really unpleasant and uncomfortable hence why some people may result to drastic measures when they notice this smell.

This is a question that many people have asked, either publicly or within their minds. Well, when a person takes in the musty mold smell, they take in gases produced by the MVOC compounds. They also take in the tiny mold spores which can be toxic at high levels.

Mold spores in the air have an ability to induce allergenic reactions in humans. The spores can also cause other illnesses and complications in the vulnerable groups like in young children, the elderly and the weak people who may be unwell. So to answer this question directly, yes. At high levels, intake of the musty mold smell can be detrimental to a person’s health.

The fact that each situation is unique and different should encourage anyone with any one of these situations to seek assistance from  Mold Remediation Houston.

Learn the Cost of Remediation